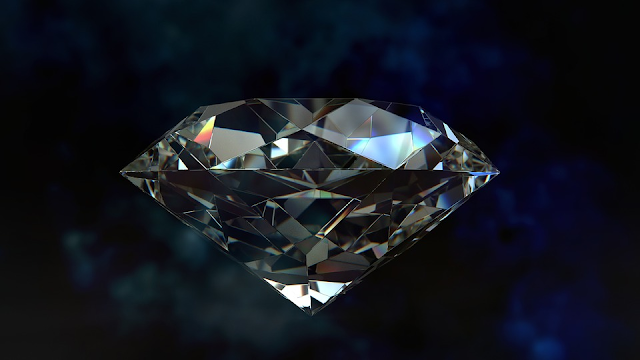 One of the many factors that put people away from cryptocurrencies is the fact that these exist out of a physical form, and aren't really backed by a tangible asset like gold reserves. Understandably, this creates a state of uncertainty which scares people since they tend to believe cryptocurrencies are just a cloud or a bubble with no real backing or existence. The bridge between these worlds looks like it's going to be Sparkle Coin.

Sparkle Coin offers the first cryptocurrency backed by physical assets: in this case diamonds. And not only that, but it is also aimed at the complete revolution of the crypto market as we know it, by setting up an entire platform in which to trade, including e-tail stores and exchange environments.

An always existing concern from newly emerging crypto enthusiasts is the fact that cryptocurrencies have no backing and "real" value insurance other than offer and demand, which is great for stabilization and decentralization of the market but is the biggest difference it has with fiat currencies, and whenever explaining someone what cryptocurrencies are, this is the topic that generates the most insecurity and worries from the listener.

However, SparkleCoin looks to bridge the gap between fiat and cryptocurrencies by establishing a diamond backing to their tokens, which allows for the stabilization and value reassurance of paper money.

This is because paper money consists of a guaranteed percentage of a country's gold reserve contained on a single bill.

However, cryptocurrencies don't hold true to this concept and their value is only set by its utility and demand (which SHOULD be based on utility). And this is what Sparkle Coin looks to solve.

Besides this, the company wishes to set up a new exchange platform available on every phone through an upcoming app. Which lets you both trade currencies and spend them on online stores without having to close a single app.

With this, Sparkle Coin is pretty much looking to change how we use cryptocurrencies altogether.

But this huge project needs huge backing as well. And they're resorting to the most popular fundraising method today: Initial Coin Offering.

ICOs are a fundraising method in which a company sells a large percentage of tokens meant to be used to pay for their services or as a new, independent cryptocurrency.

The Sparkle Coin website explains how the ICO pricing will be decided:

"In this shopping site, eighty (80) blocks of coins are displayed, each containing inventory of 50,000 coins. The first block will be priced at $5 per Sparkle Coin. Each subsequent block of 50,000 coins will have a price increase of $2.00. The last block of the coins will be priced at $163.00. This is to allow supply and demand to determine the price at which Sparkle Coin is sold."

The ICO starts on the 20th September and will allow for everyone to purchase the coins in order to gain access to its benefits before anyone else. And the best part of this ICO is that, like every other, is not regulated by outsiders so the terms are established by the company and the investors, and every profit will be kept by both parts.
Email ThisBlogThis!Share to TwitterShare to FacebookShare to Pinterest
Labels: diamonds, Initial Coin Offering
Newer Post Older Post Home